“We were able to provide Auto-Graphics with a real challenge, and they were up to it.” “When the Auto-Graphics team came into the library on Thursday morning, our ILS server had crashed, with both drives failing. Our server was literally in pieces on the floor, and we were running the library on paper, taking down names, barcodes and titles,” said Pacholski. “From there we learned that the system that we thought had been performing back-ups had also failed, leaving us without a system and no access to our patron or bibliographic records.”

As a short term fix to quickly get Booth & Dimock’s loan process back online, the Auto-Graphics implementation team immediately began setting up VERSO’s standalone circulation system with a window into reQuest, the statewide database containing electronic records from both the main circulation and children’s desk. Concurrently, the library’s IT resource, a part-time town network administrator, employed a company specializing in data recovery to extract the library records from the crashed server.

“My main goal was to minimize the downtime at the library and to get them up and operating as quickly as possible. Once the standalone circulation systems were put into place, the library was business as usual from the patron’s perspective,” said Mark Hewes, Auto-Graphics’ customer service manager responsible for the Booth & Dimock implementation. “Having received the library’s patron and bibliographic databases prior to the system crash also meant that — if the data couldn’t be recovered from the server — we would still be able to go live with VERSO with all but three weeks of lost transactions.”

Luckily the database files were successfully recovered from the crashed server and the Booth & Dimock team delivered the most current patron and bibliographic files for the VERSO implementation by Friday afternoon. The Auto-Graphics implementation team worked diligently over the weekend to process the records from the recovered files, as well as the records from the standalone circulation system that had been put into place as a stop gap.

By Monday morning, Pacholski approved the loading of data into the VERSO web-based system. That evening, the Auto- Graphics implementation team worked to load the data and during the next several days proceeded with the set-up and configuration of the VERSO system to Booth & Dimock’s specifications. On Thursday morning, just one week from the date of the server crash, Auto-Graphics’ Hewes held the first of two training sessions for the Booth & Dimock library staff before opening hours. “This was a great example of the Booth & Dimock library community coming together — from the part-time IT resource to the entire library staff — with Sharon leading the team and maintaining a level-head through the technical difficulties,” commented Hewes. “The Auto-Graphics team was ecstatic that we could get the library up and running in such a short time after what could have been a catastrophic failure.”

“While we have been a little shell-shocked with the quick implementation of the new system after having utilized the same system for over 20 years, we are truly enjoying the functionality of the VERSO system,” said Pacholski. “Our catalogers have found that cataloging through VERSO is seamless, and the library staff likes having all the patron information on one tab with the ability to easily renew, reserve and delete reserves in one fell swoop. VERSO also provides detailed statistics about circulation activity in an easy to understand graphical format that we use regularly for town council meetings.” Dr. Murphy has been a director since December 2012. He has over 20 years experience as a successful growth and technology executive. Dr. Murphy currently is a Lecturer of Strategy & Entrepreneurship at the Graziadio School of Business Management at Pepperdine University. He also has experience working in investment banking, venture capital and private equity. Dr. Murphy is an active member on the board of directors for several early-stage companies as well as a trustee for Newbury College. He received his MBA from Pepperdine University and his Doctor of Business Administration (DBA) from the Alliance Manchester Business School at The University of Manchester.

Mr. Hicks, CPA, has been a director since February 2012. Mr. Hicks is Chairman of the Audit Committee.  Mr. Hicks has been a practicing certified public accountant for over twenty-five years in addition to partnering and managing both an underground construction company and real estate development business. Currently, Mr. Hicks is a founder and senior partner of Hicks & Williams, LLP a certified public accounting firm providing tax, audit and management consulting services to small and medium size clients across the nation.

Mr. Heath has been a director since December 2012.  Mr. Heath is originally from Canada and immigrated to California during the Internet commerce boom in 1999.  Mr. Heath was formerly Vice President, Secondary Markets at Best Buy (2008-2010) and founded Dealtree.com in 1999, and was CTO & COO from (2001-2010).  At Dealtree, Mr. Heath developed expert system technologies for managing online sales channels and created several online marketplaces supporting secondary market sales.  Mr. Heath is currently an Internet technology and business operations consultant and serves as President of Heath Investment Properties LLC.  Mr. Heath currently serves on the Tustin Police Foundation Board, and is an active member of the Tustin-Santa Ana Rotary Club.

Mr. Kerr has been a director since April 2020. During his career, he served in a variety of leadership positions in sales, marketing, and operations with companies in startup, turnaround, and expansion. Most recently he was CEO/CFO of Advisys, Inc., a SaaS company providing financial planning solutions to Fortune 100 banks, brokerages and insurance companies, and thousands of independent financial advisers. He retired from Advisys in 2018 and now consults with businesses to improve profits and productivity through effective employee engagement strategies. He graduated Cum Laude from UCLA with a Baccalaureate Degree in English Literature and has an MBA with an emphasis in Technology Management from the University of Phoenix.

Becky joined Auto-Graphics in spring 2021, hailing from a background in content management and marketing. She spent eight years with Trip.com, helping the Silicon Valley-based travel start-up grow to 100 million users, and managed the content database, blog, and social media. Native to San Diego, she has represented many local businesses with Delicious Buzz, a boutique PR agency, and managed social media and events for numerous brands. Becky is a member of Kappa Tau Alpha, the National Journalism Honor Society, and serves on the Board for The Third Layer, a creative consulting agency. Ted has served in the library technology and technical services industry for over 36 years. Prior to joining Auto-Graphics, he served as the chief product developer for the UnCover online index and delivery system for CARL Corporation. He has also worked for several other companies in the ILS industry, including Ex Libris and The Library Corporation. Ted was also the Assistant Director for Technical Services at the Atlanta-Fulton Public Library (32-branch urban public library system). He holds a Bachelor of Science from Georgetown University and a Master of Science (MS) in Library and Information Science from Case Western Reserve University. He is also a member of his local Library Board of Trustees.

As Auto-Graphics’ SHAREit Product Manager for Customer Services, Debbie leads the SHAREit user group, manages the training program for new and current customers, and contributes to end-user documentation. Her background includes the role of Technical Services Librarian in a public library, Library Systems Specialist for the Maine State Library, and as the Trainer for HSLC in Pennsylvania where she conducted training for HSLC statewide services (ILS, ILL, and databases) via in-person and webinar formats for staff at over 2500 public, academic, school, and special libraries. Debbie holds a B. S., Summa Cum Laude, in Library and Information Technology from the University of Maine at Augusta. 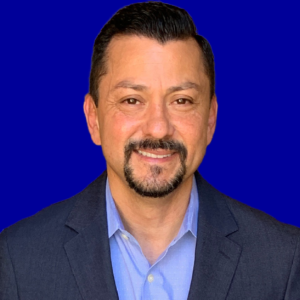 Albert has a track record of over 29 years in successful software sales, project management, and administration focused on providing library automation solutions for a variety of market verticals. Prior to acting as Vice President of Sales, he was involved in a variety of different roles throughout the organization including project management, system administration, and marketing. His team’s sales efforts have resulted in the Library Management Platform being implemented in more than 10,000 libraries throughout North America throughout his tenure with the company. Additionally, Albert has been involved in some of the company’s largest resource sharing system sales, including implementations in Texas, Wisconsin, Kansas, Mississippi, New Jersey, and Oklahoma. Albert holds a Bachelor of Science degree in Management from Azusa Pacific University and a Masters of Arts (MA) in Organizational Management from Azusa Pacific. Cheryl has over 25 years of experience managing the software development process. For the last 13 years, in her CTO role, Cheryl handled the development and deployment process for a successful start-up SaaS application company that now serves more than 10 million unique users globally, executing $100 million in revenue per month.

Cheryl has also been successful in working with two other software-based companies that had product issues and has launched multiple new SaaS applications with several other businesses.  She describes herself as “insanely passionate about her customers and ensuring that the company strives to build a product and service that enhances their experience, as well as their customer’s, and makes their lives easier”.

Myrna joins Auto-Graphics with over 30 years of IT experience and has managed client satisfaction for Fortune 500 software solution companies and government contractors.  She has worked closely with QA, Customer Service, Software Development and Release Management departments.  Myrna was chairperson for the Southern California Quality Assurance Association (Los Angeles) and holds a Six Sigma Green Belt. Myrna is certified through the American Software Testing Qualifications Board, enabling her to apply quality principles to Customer Service and Software Quality Assurance.

Oliver has more than 19 years of system and network administration experience. He has a degree in computer science from the University of California, Riverside, graduating with honors. Oliver joined A-G in 1997, rebuilt the networking infrastructure, and currently maintains the servers and networking equipment that keeps customer services functioning reliably. He is now responsible for database administration of all databases housed within A-G’s servers and at the SuperNap. As the Director of Information Technology, he guides the maintenance of A-G’s uninterrupted “24/7” operation.

Bryan has over 30 years’ experience in the field of financial accounting. Over the last 25+ years, he has served as Controller in various international, multi-billion-dollar corporations, who are world leaders in the building materials/construction and manufacturing industries. He holds a Bachelor of Science degree from University of California at Irvine and a MBA from Golden Gate University. As Controller at Auto-Graphics, he is responsible for all financial aspects of the organization.